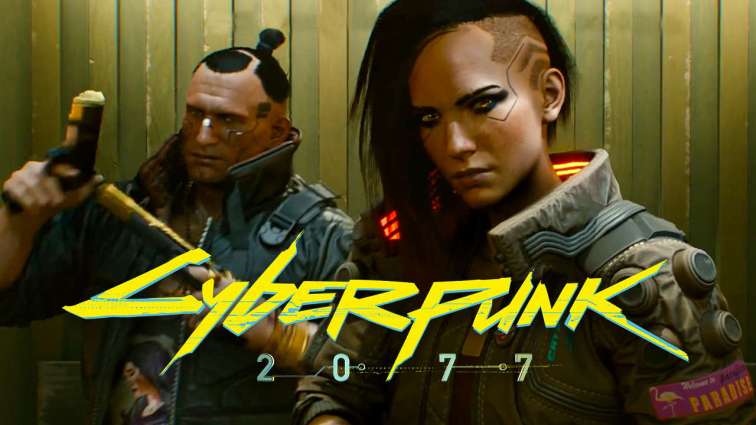 Cyberpunk 2077 has been a game of great discussion lately,  be it from an unfortunate controversy (which I wont be touching upon here) or the the recently unveiled gameplay trailer, the game has certainly been bringing with it a stirr among fans of the Cyberpunk genre new and old. CD Projekt Red unveiled a lengthy trailer showing off Cyberpunk 2077’s features and mechanics, it goes without saying that a 48 minute long trailer is stockfull of goodies for the eyes; It was also revealed that you can once again buy softback & paperback copies of Cyberpunk 2020 for $30, instead of the $100 Amazon or Ebay alternatives.

The genre shows almost immediately with the beginning of the trailer, its well-known aesthetics showing through the highly augmented inhabitants of “Night City”, the dingy run-down apartments with ‘no future’ scrawled across the elevator door. This is all set before the player character and their companion storm an apartment in search of a missing girl, whose chrome (synthetic parts, for those who don’t speak the lingo) is their key identifier from other female victims in the apartment. Cyberpunk 2077’s trailer did a fantastic job of establishing the dark reality of the Cyberpunk genre, the dark criminal underworld, only aided by pushing the boundaries of the human body through synthetic augmentation. A world run by the rich, where an honest low-income person can easily be living among the criminal ranks – or even an entire operation, as this look demonstrated.

While I can’t comment for the Cyberpunk 2020 system, I can say for definite that anybody who has played Shadowrun with a Decker (or to some extent even a Technomancer) in their party can testify for the sheer usefulness of a tech-savvy hacktivist with the hardware to do their thing. I was extremely surprised to find out that Cyberpunk 2077 would feature some of these hacker-exclusive features, such as turning on the safety for enemy weapons or deactivating their Chrome. Interestingly enough though, with the way it was presented, this seems to be something especially useful for players who prefer to take a stealthy approach, with the player being required to knock out an opponent before hacking into their neural network.

This Cyberpunk 2077 demonstration also gave us a look into a very typical Cyberpunk foodchain, with Corporations atop the food chain and the common consumer at the bottom, the protagonist(s) being nestled gently inbetween the Corporate suits and the Criminal underworld.

It’s with this demonstration that I decided to write an article looking into and celebrating the Cyberpunk genre, its themes and the harsh reality that comes of it.

Though there isn’t really a set ‘beginning’ for the Cyberpunk Genre, I personally like to believe it began in 1968 with the publication of “Do Androids Dream of Electric Sheep” by the unforgettable Phillip K Dick – though it should be noted that there were others with similar approaches to Scifi at the time, such as J.G Ballard, Philip José Farmer and Rudy Rucker.  Thanks to Phillip K Dick’s philisophical work of fiction, the movie “Blade Runner” would come to fruition, borrowing themes from the book and essentially introducing the Cyberpunk dystopian aesthetic to a wider audience. 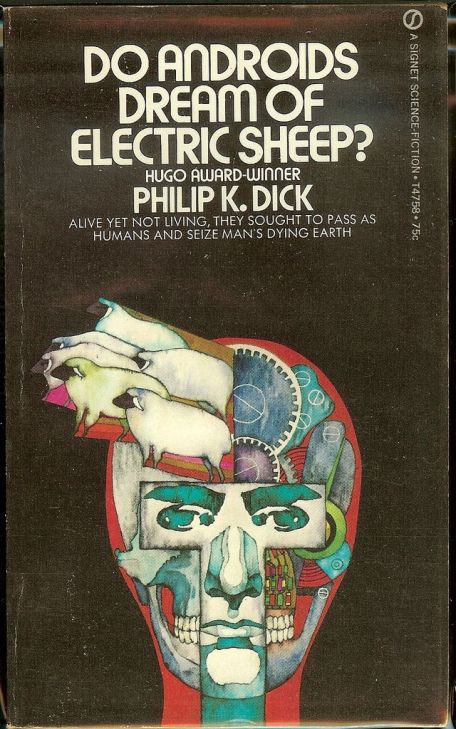 It wasn’t until 1984 when the book Neuromancer by author William Gibson was published, that the concept of a Mercenary team coming together to steal Corporate property for the highest bidder was solidifed. It also coined the term Street Samurai which is a terminology immediately recognizable to any Shadowrun fans, curious enough the jacket V wears in the trailer seems to be of a Samurai brand.

The first edition of Shadowrun however, wasn’t published until 1989 with the publication of Cyberpunk 2020 being 1988 for its first edition, the second edition of which came in 1990.

In 1988 the animated japanese film “Akira” was released, which helped pave the way for Japanese culture across the world as well as establishing a Japanese take on the Cyberpunk genre (while still anti-government/establishment)  is remarkably different from that of the Western interpretation.  A year later marked the beginning run of the”Ghost In The Shell” Manga by Masamune Shirow, which would later come to be an influential and well known animated film by the same name. The Japanese’s alternate interpretation of the Cyberpunk genre can still be seen today with the animated series “Pyschopass”. The Japanese take on Cyberpunk lends itself heavily towards the ‘punk’ aspect of the genre, thanks to the heavy anti-establishment/government themes they often contain, though both incarnations of the genre feature the subject of Transhumanism.

The discussion of Transhumanism is an interesting one, as it highlights the dangers of synthetic augmentation and using said augmentations to push past the natural boundaries of the human body, sure, synthetic limbs are a fantastic option for amputees or people who can’t control their natural limbs, but would they really be the ones to recieve such expensive treatment? Why would the governments of the world spend time and money on civillian augmentations, when they can enhance their military ground forces and sell the outdated merchandise to civillians? Then there’s also the concept of uploading ones consciousness to a machine and whether or not the digital version of oneself is indeed the same person or a different one and whether such an existance is even ‘alive’.

This then presents another activity for terrorists and criminals alike to add to their arsenal: People. It’s no secret that (though unlikely in the real world) an insulin pump can be hacked into or that pacemakers could also be hacked into and both have their systems manipulated to cause grave bodily harm, but what about someone with a synthetic arm? What if one day you recieved an anonymous message, informing you that if you don’t do as you’re told, your heart will stop? Or that your arm will strangle the next person you see? It opens up an entirely new world for narrative storytelling within the criminal underbelly of the Cyberpunk genre.

Even with the concept and risks of Transhumanism, it still highlights one of the core feature of the genre: the different worlds of the rich and poor. In Phillip K Dick’s ‘Do Androids Dream of Electric Sheep’ it’s implied that the rich don’t live on earth (primarily becuase it’s a run-down sprawl filled to the brim with kipple) but rather an alternative planet. I personally feel as though this represents the difference in how the rich and poor live, which Cyberpunk 2077’s demo shows off brilliantly. The introduction alone shows an apartment complex where everyday citizens are living among a criminal operation, while the rich & corporate suits are living a definitively less risky lifestyle at home. This also brings me to my point: who is more likely to benefit from the shiny new chrome with better cybersecurity? The amputee veteran down the hall from you, or that suit with the high-rise apartment? This is a genre where money is everything from the clothes on your back to how fast an ER team will respond to you in a time of need as well as defining what a time of need is. 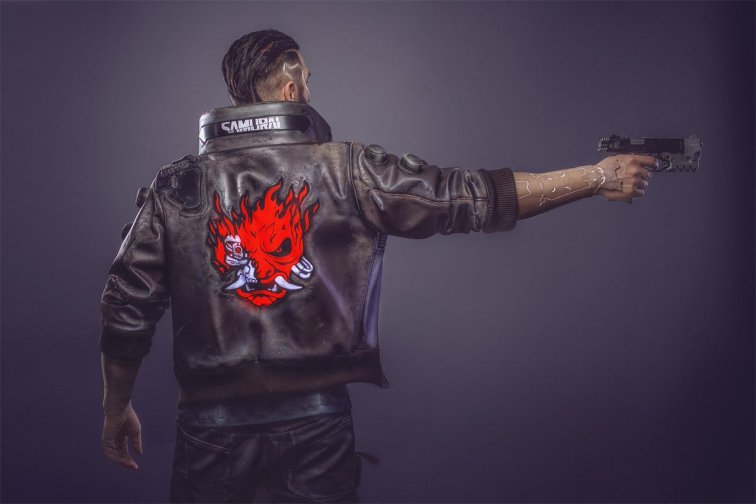 Ultimately there are a wide variety of different interpretations and incarnations of the Cyberpunk Genre, from the interplanatery setting of System Shock to the rather interesting (if not slightly tame) Va-11 Hall-A.

As previously mentioned in this article, there’s a harsh reality that the Cyberpunk genre brings to the table, the hard truth of what our current world is about. The world we live in today may not have the glitz or glam of Cyberpunk 2077, the megacities of Shadowrun or the exploitative corporate governments which inhabit the worlds of this genre, after all that’s just a work of fiction, right?

Earlier this year it was revealed that online shopping-giant Amazon had been putting its warehouse employees through questionable treatment which is best described as exploitative. The predecessor controversy to this was in April of 2017, when Amazon was accused of using peer pressure to push employees into working harder and pushing employees to compete against their camaraderie.

Moving away from Amazon, we have the Chinese Kowloon Walled City which at one point had a population of 50,000 residents and was a hotspot for organized crime and criminal activities between the 1950s and 1970s. Kowloon city was to be demolished in 1993, with the demolition finishing in 1994 and in its place is the beautiful Kowloon Park. 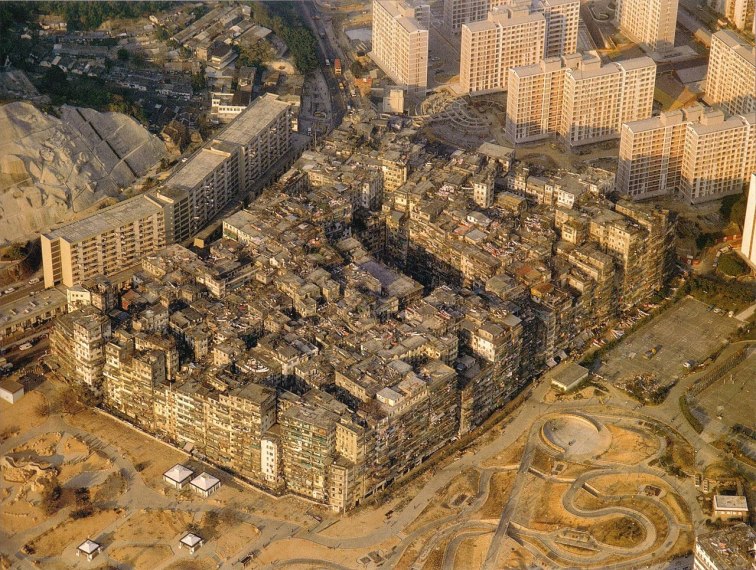 However, Kowloon wasn’t the only city to look like something straight out of a cyberpunk story, as next up is the Shibuya Crossing in Tokyo, Japan. 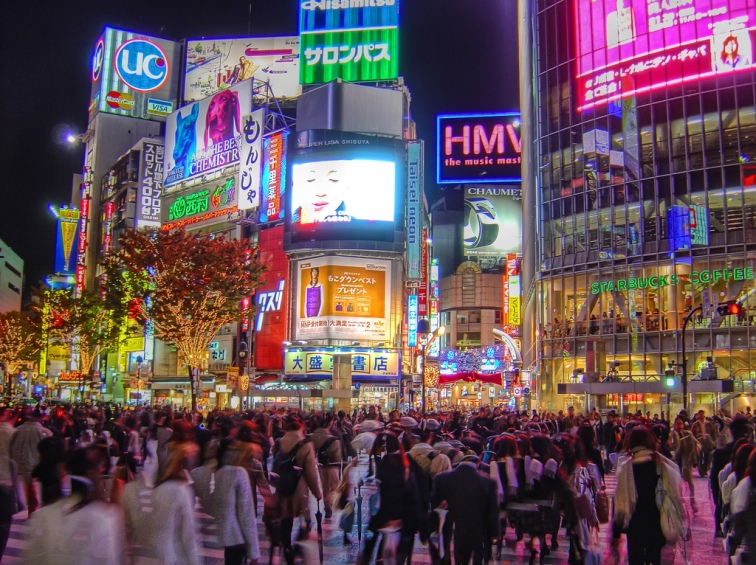 Then we have the internet and mobile technology, to which there’s no doubt: in the modern era we are obsessed with our phones and through them we are almost constantly connected to some form of internet, whether it’s Wi-Fi, your home Router or even your works intranet, we are spending most of our days online, tuned into the news of the world and acess to the accumulated human knowledge is at the tip of our fingers. It seems silly to even ask the question of plugging our brains into a network, when we can just pull the network out of our pockets and access what we want, when we want, where we want. It should also be noted that alongside the advances in prosthetic limb technology, there are also people who identify as “body hackers” who I strongly recommend you go read about.

It’s with this final paragrpah that I present my point: in essence, we already are arriving at the beginning of a Cyberpunk reality, we already live in a world where we are subjected to specifically design advertisements – Amazon noticed you were looking at a handbag two weeks ago? Well it’s just your luck, that handbag is now on sale! Were you watching a tutorial on youtube? Well thanks to the Youtube algorithm, you’re going to be seeing a lot of suggestions just like it.

The world may not be as flashy or tech-heavy as Cyberpunk 2077, Shadowrun or Blade Runner, but we’re already subjected to personalized advertisements/promotions and lets be entirely honest: society cares more for our material posessions than it does our sense of individuality. 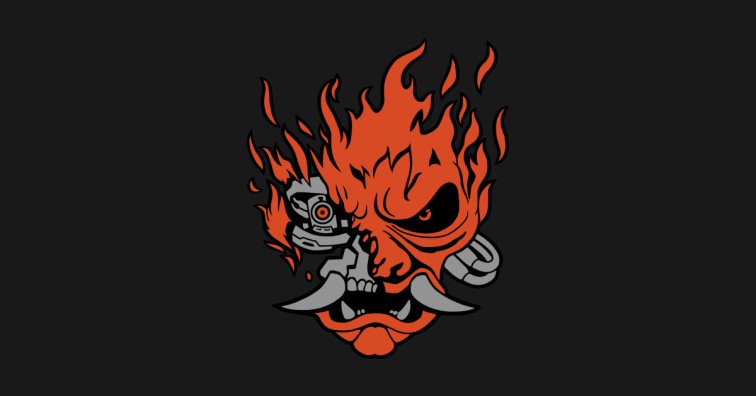 If you enjoyed this article and would like to see more from me in the future, please consider buying me a Kofi! though you are by no means obligated nor expected to do so.